From internationally renowned courses to welcoming local clubs in every corner of the country, Ireland is a golfer’s paradise. There is more than 400 courses on the island including over 30% of the world’s links courses. From green parkland to rugged coastal links and everything in between, there is a course to suit every skill level from beginner to pro and, now more than ever before, every budget. The choice for golfers is simply staggering.

golf getaway at a glance

your Ireland golf getaway at a glance

these packages can be customised to suit your schedule and budget.

pricing is subject to exchange rate fluctuations & rate increases from hotels.
price guide is based on minimum 4 guests travelling together. 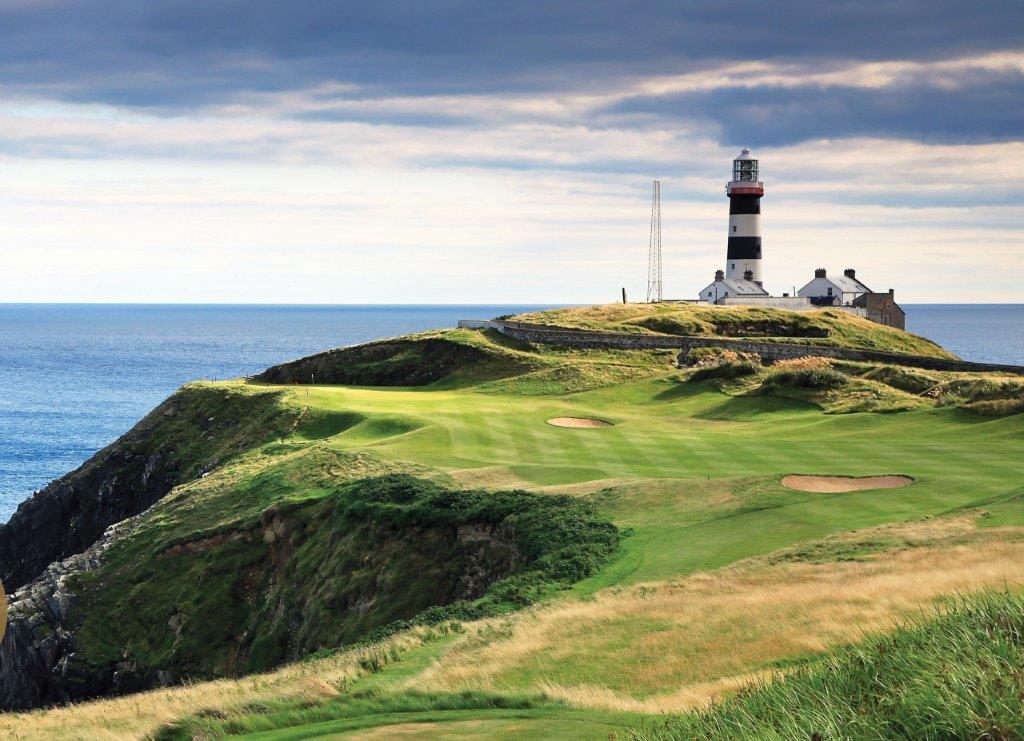 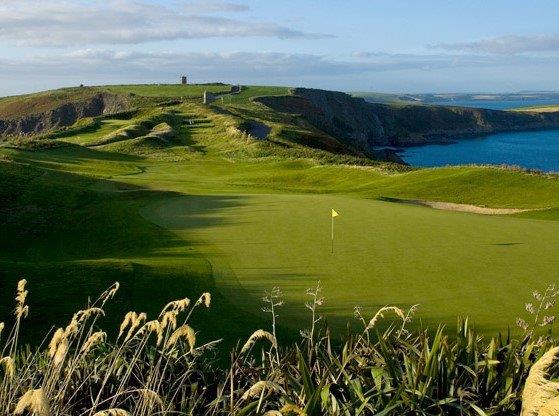 Location: located on the south coast of Ireland, a 30-minute drive from cork international airport

unrivalled in terms of the magnificent beauty and setting of the site, Old Head golf links continues to take the golfing world by storm. the brainchild of John and Patrick O’Connor, the club has developed into one of the most recognised and sought after golf experiences anywhere on earth.

the Old Head golf Links is one of the most remarkable developments ever conceived in the history of golf: an atlantic promontory that will never be rivalled in terms of drama and beauty. it rises hundreds of feet high above dramatic cliffs, surrounded by the ocean on all sides and commanding the most spectacular views from every part.

golf at Old Head is truly unforgettable. how highly the golf experience is rated is most likely inversely proportional to the number of golf balls lost and the strength of the wind! 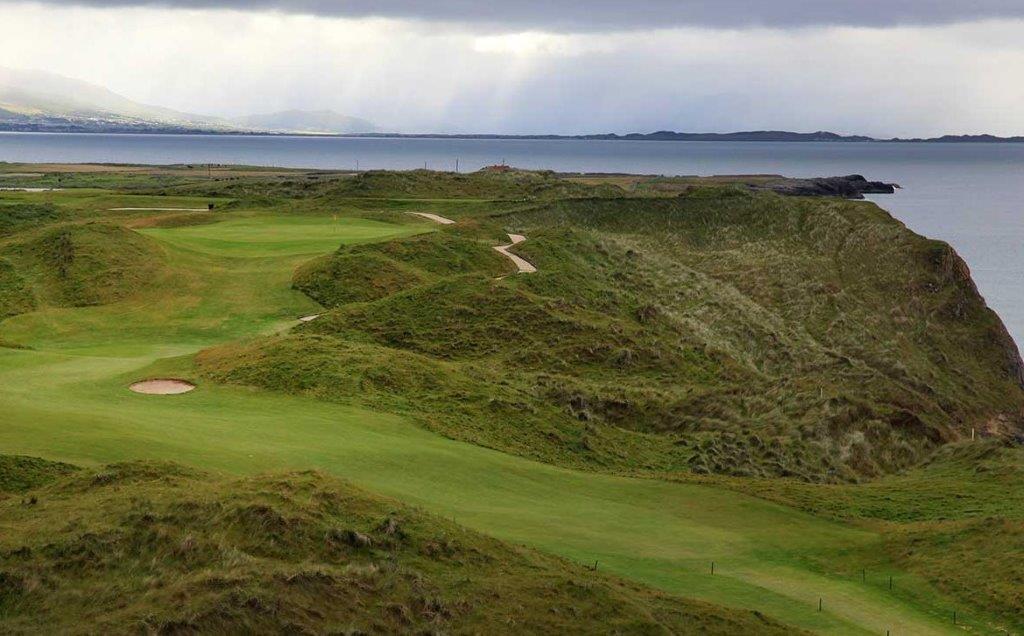 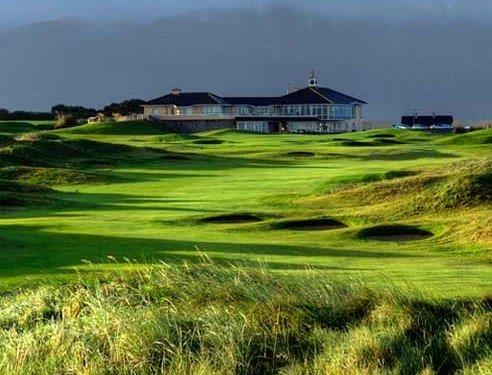 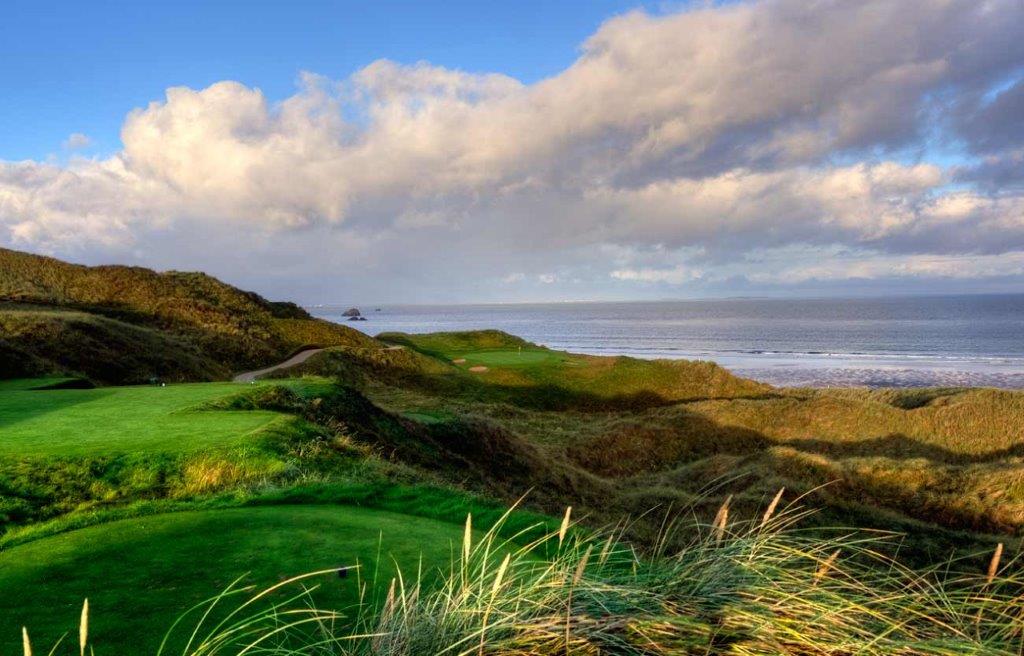 Tralee golf course was the first European golf course designed by Arnold Palmer. when he first saw the area upon which his company was to build Tralee golf links, he was ecstatic about the possibilities. “i have never come across a piece of land so ideally suited for the building of a golf course” he said.

“i designed the first nine but surely god designed the back nine”, Palmer explained. “I am happy that we have one of the worlds’ great golf links here.”

“the setting is quite the most magnificent backdrop for a golf course that I have ever encountered”, wrote Peter Dobereiner, the famous golf writer, not long after the course was opened.
while it always boasted a magnificent setting, with the course settling down and the greens thriving over time, Tralee has now joined the elite group of Irish links.

with views of the Atlantic and white sandy beaches from almost every hole, Tralee earns rave reviews from all who play it. there are some great holes on the course, notably the second, which runs along the clifftops, and the third, which has been likened to the famous seventh hole at pebble beach. 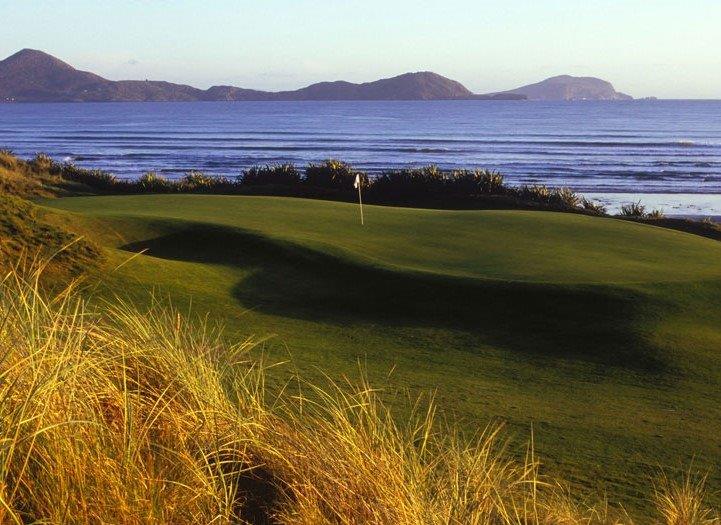 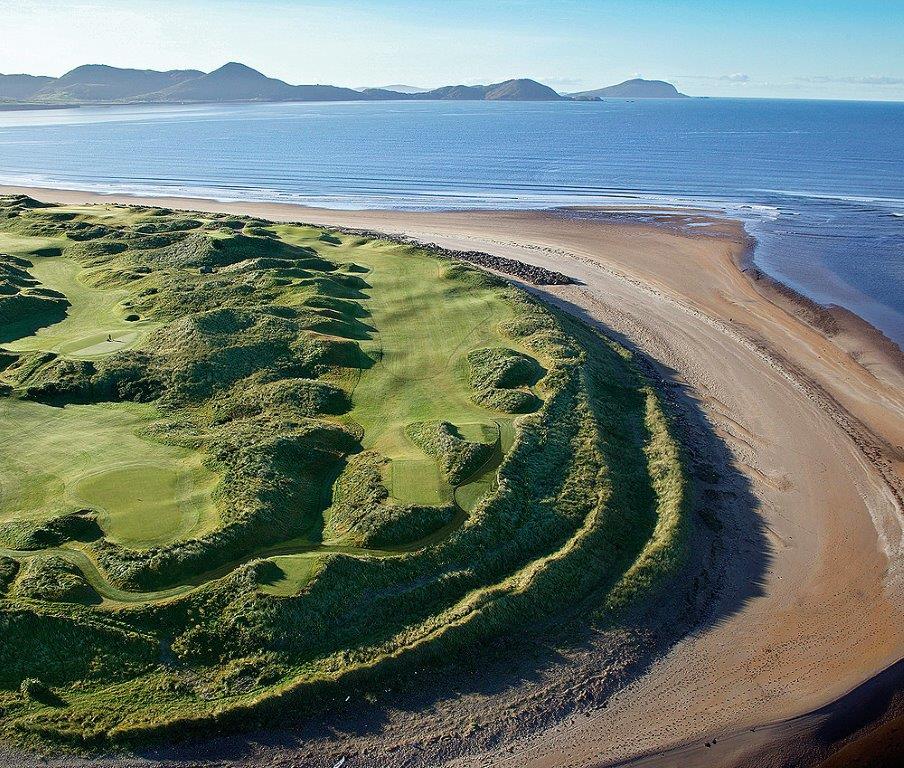 golf at Waterville is a mystical experience – the beauty of classic links land, surrounded by the sea, yet forever challenged and shaped by the elements. Waterville golf links is currently rated among the top 5 courses in Ireland and the top 20 links courses in the world.

it is hard to believe that Waterville golf club was only built in 1973. it’s the type of place you feel that has been there forever. Jack Mulcahy, an irish-born american, had the vision for this links gem and, after returning to Ireland to live, he handed the task of designing the course to the legendary Eddie Hackett.

his creation is widely regarded as one of the top links courses in the world and the americans in particular flock to Waterville in their thousands every year.

while the front nine is good, the inward half is even better and make sure you take a minute or two to enjoy the view of Mulcahy’s Peak at the par-3 17th. Yes, it is easy to see why this place is so popular. 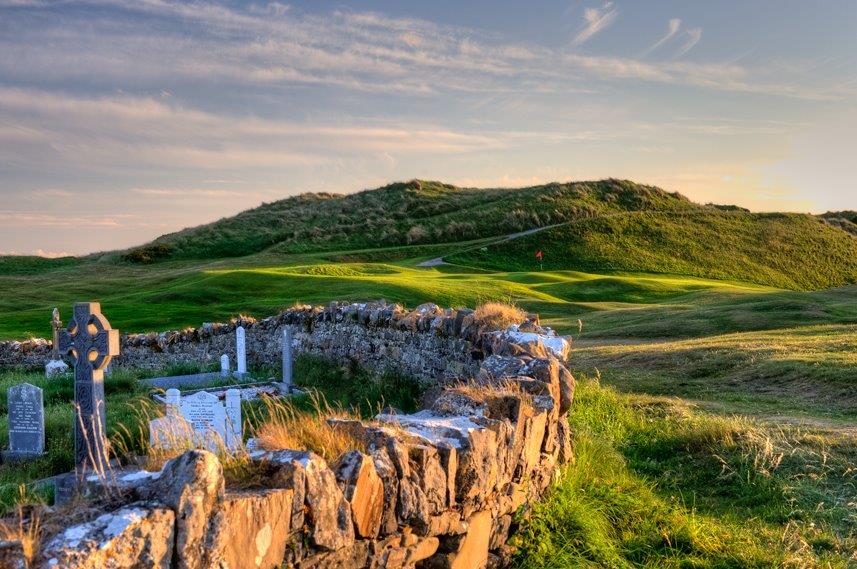 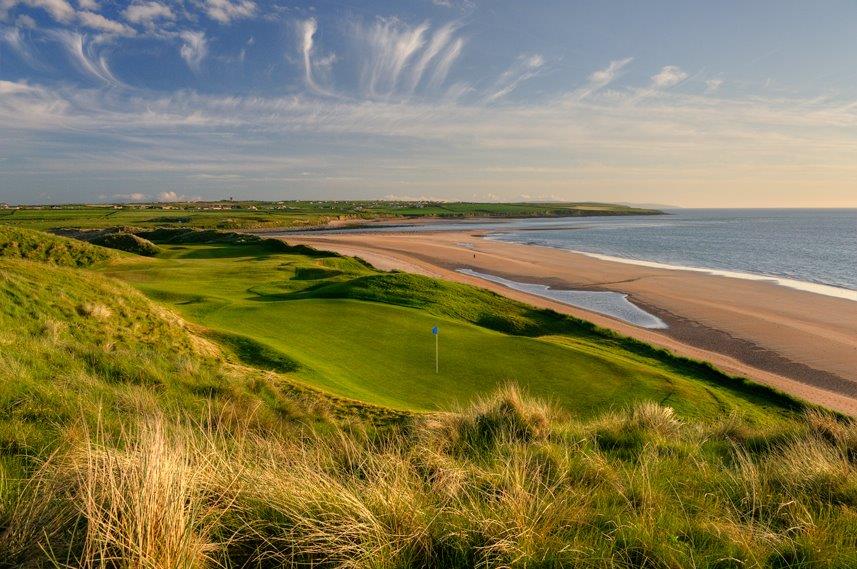 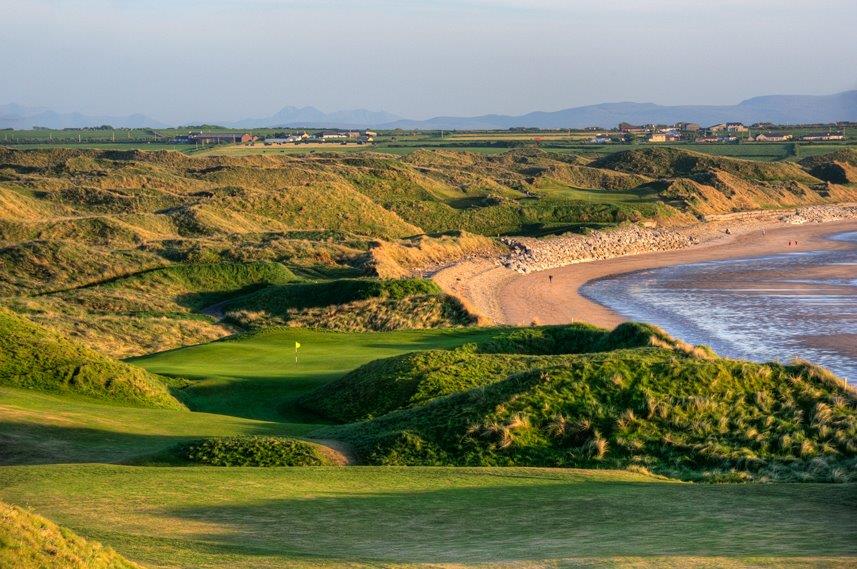 the old course at Ballybunion is one of the most popular courses in the whole of Ireland. american visitors in particular just love the course and five-times Open champion Tom Watson is a self-confessed fan of Ballybunion.

established in 1893, the course was extended to 18 holes in 1926. Due to the threat of coastal erosion – it is set in sandhills alongside the atlantic ocean – the order of the holes was changed in the early 1970s and you now actually start at the old 14th.

visitors to Ballybunion will undergo a stiff test from start to finish and the homeward nine on the old Course are simply spectacular. the 11th is possibly the most famous and rated by Tom Watson as one of the toughest holes in the world. the 12th is possibly tougher for the amateur, a long par-3 to an elevated green across an entire expanse of wild duneland.

the par-5 16th possibly typifies Ballybunion, it is intimidating with a tee-shot played to a dog-leg. the temptation to take an agressive line often does not pay dividends and the more consevative line, while difficult to understand from the tee, does not make the hole impossibly long. the 2nd shot must be played uphill through a funnel of dunes leaving a short pitch to one of the larger greens on the course.

the 18th hole is one of the most discussed holes after a round on the Old Course. the approach is again uphill to another dune well protected by sand dunes and almost blind from the fairway. a par on this hole is a noteworthy achievement! 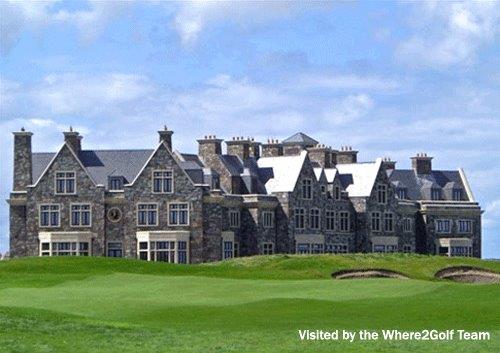 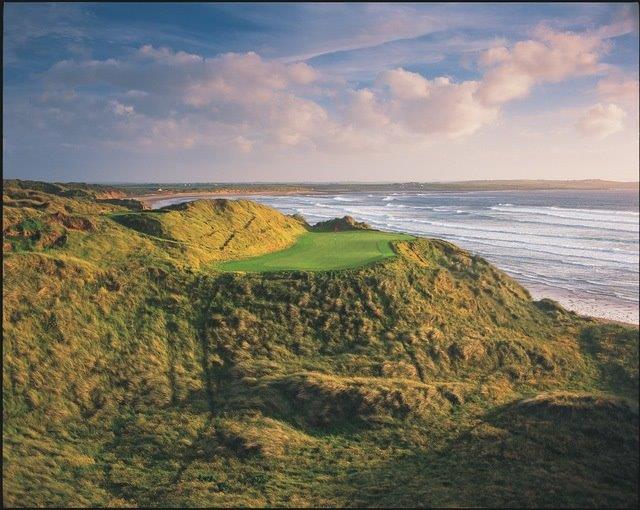 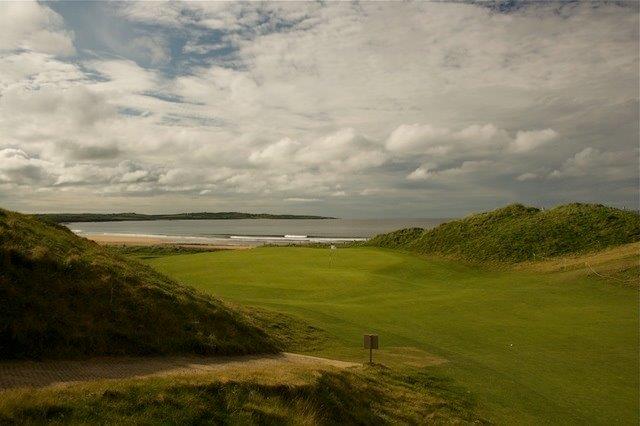 the last great piece of linksland on the irish coast – set along 1.5 miles of crescent-shaped beach and dunes on Irelands southwest coast, Doonbeg golf club designed by two-time british open champion Greg Norman is a thinking man‘s course, with premium on accuracy over power. the majestic dunes, centuries old, reach almost 100 feet. Norman‘s philosophy of least disturbance has produced a course created by nature and laid out by man. 14 of Doonbeg‘s greens and 12 of its fairways were simply mowed.

the par-72 layout of features a singles loop of nine holes out and nine back. variations in wind speed and direction ensure the course plays differently almost every day. the Dongbeg golf course officially opened on July 9, 2002, with an exhibition match between norman and padraig harrington.

the accommodation, spa and clubhouse facilities are exquisite with the stunning stone building of the lodge housing 15 individually designed suites with ocean views. the garden house, norman and courtyard suites provide 32 suites of varying accommodation. the long room, and darby‘s pub serve outstanding dishes prepared from local fresh produce. all of this accompanied with the Irish hospitality makes Doonbeg the ultimate experience. 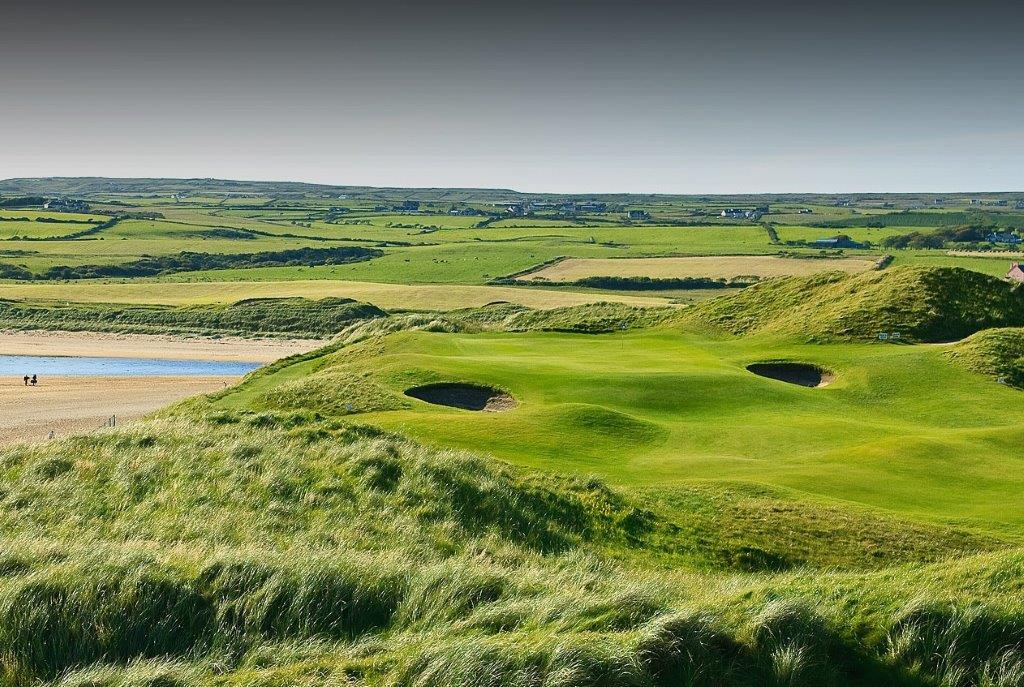 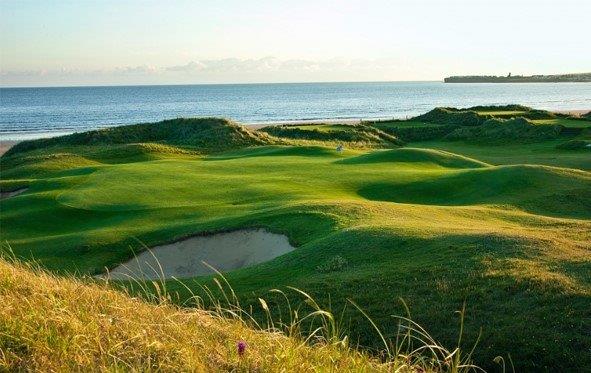 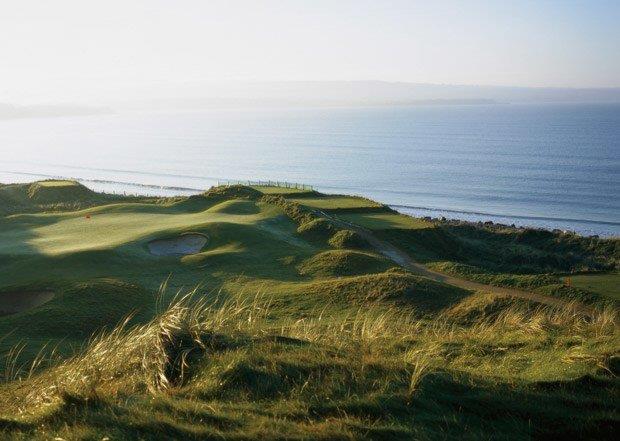 a legendary links – frequently referred to as the St. Andrews of Ireland, Lahinch golf club looks out on the ever changing atlantic ocean, and is subject to all her mood swings. however, comparisons between the two famous courses go much further as their respective citizens share a common love and enthusiasm for the game of golf.

the two courses at Lahinch golf club were actually first planned by officers of a scottish regiment, who considered this rugged and uncompromising countryside of co. clare perfect terrain for golf. the original layout for the course was the brainchild of old Tom Morris, himself a four times british open champion. subsequent alterations were put in the capable hands of scottish architect Dr. Alastair MacKenzie, who has also worked on augusta, pebble beach and cypress point.

the main championship links at Lahinch golf club (Par 72, 6,950 yards) is justifiably proud of the reputation it has gathered as a stern challenge to even the most gifted of golfers. the notorious klondyke par five, 4th hole forces the golfer to play over an intimidating dune wall to a ‘blind’ green. 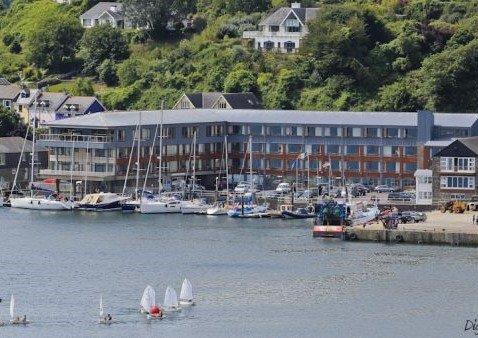 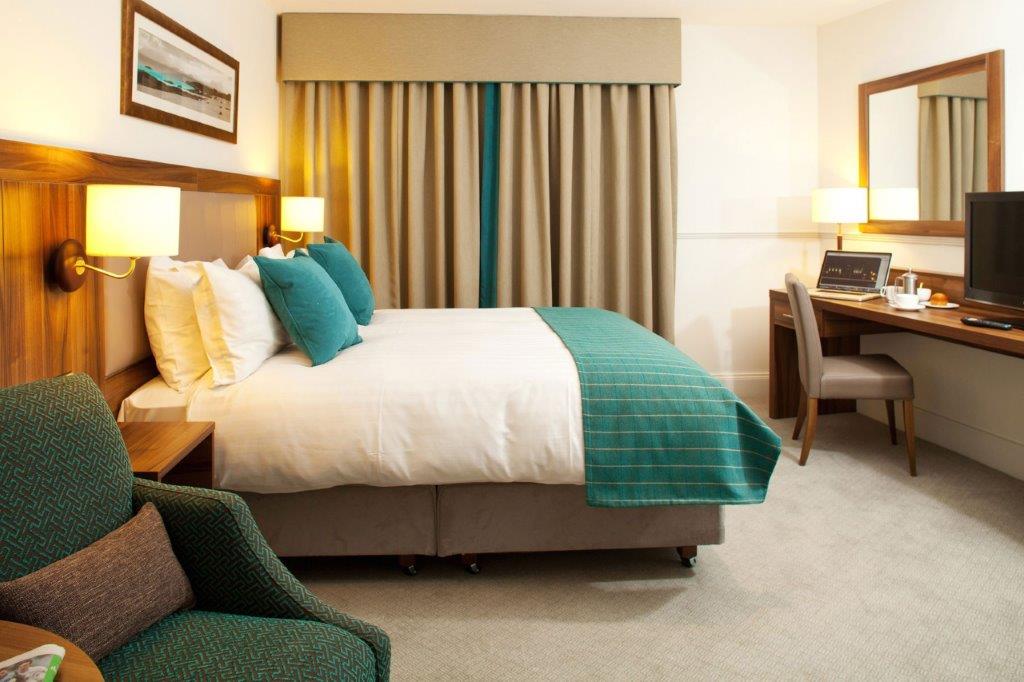 full irish breakfast is complimentary. there’s an upscale restaurant that specialises in seafood, a nautical-themed bar that offers a lunchtime carvery, and a lounge with a river-view terrace. 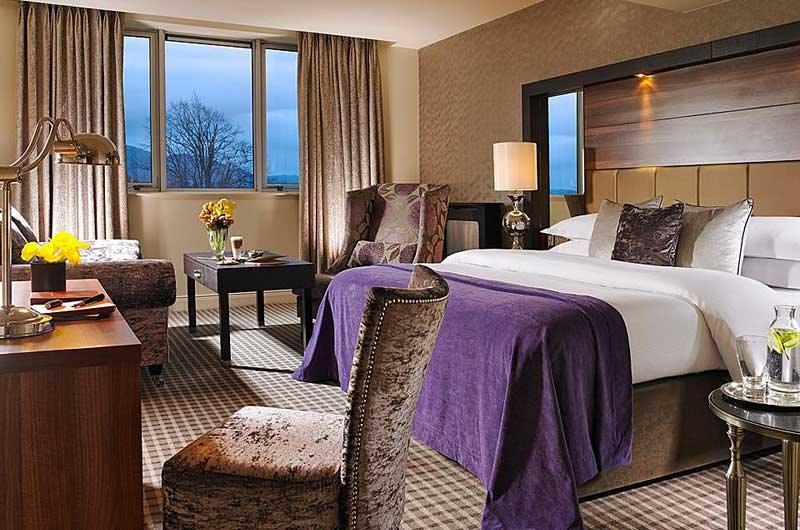 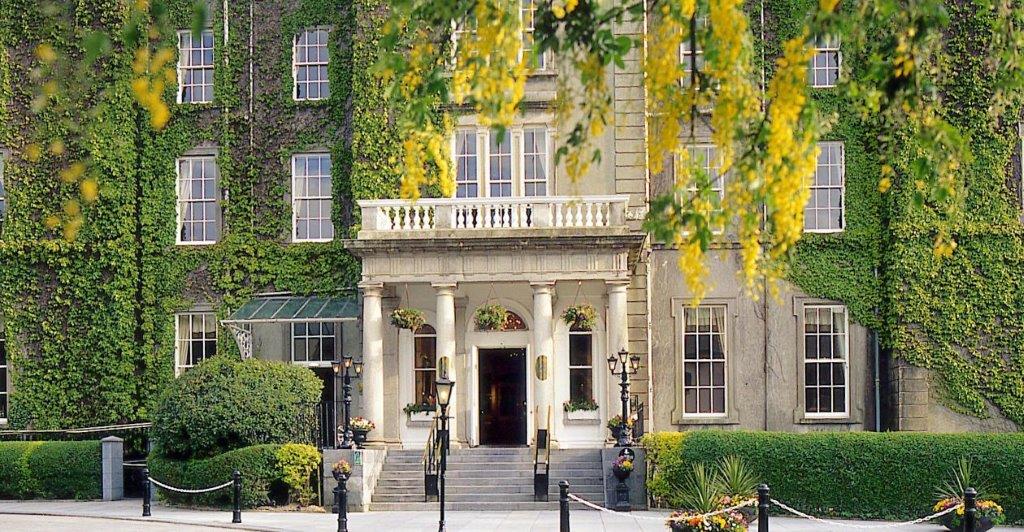 from its distinctive architecture to its effortless service and genuine hospitality, the Malton has been a favourite retreat for over 160 years. originally opened as the railway hotel in 1854 & later to become the great southern hotel in the early 1900’s & now the Malton since 2006 it has indeed a long history & retains the original features & wonderful architecture of those victorian times.

with 6 acres of beautiful private gardens in the centre of bustling killarney town centre as well as its favourable location adjacent to killarney railway station, the Malton is without a doubt a superb and unrivalled location. 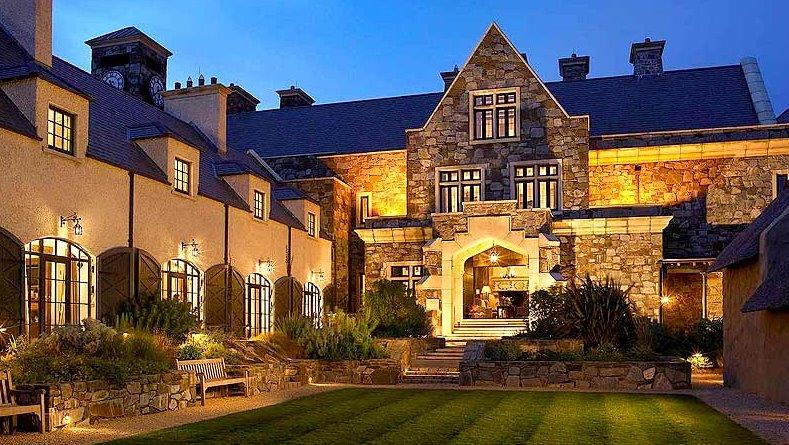 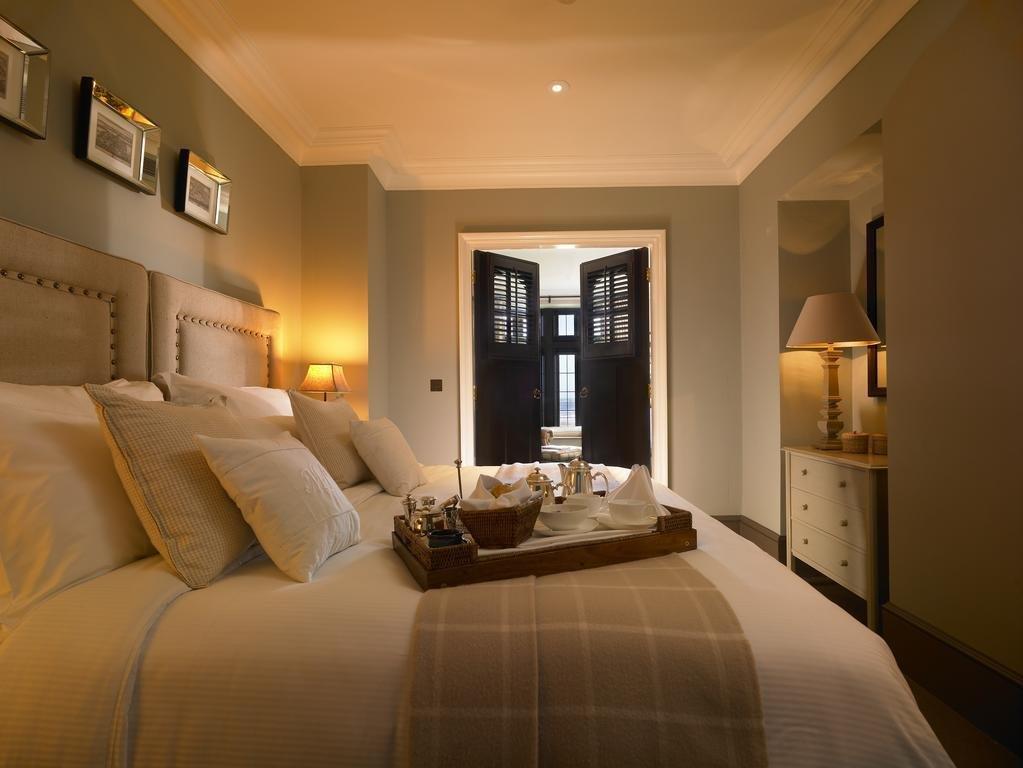 this property is 4 minutes walk from the beach. this beautiful seaside accommodation combines superb service, a relaxing spa and spectacular golf links for a luxurious stay on the coast, 45 minutes from shannon airport.

next to the golf course, the Lodge has a calm elegance and sweeping views of the atlantic. the spacious 5-star suites are equipped with a kitchen, living area with fireplace, Wi-Fi and marble bathrooms with walk-in rain showers.

the ccean view restaurant serves local produce, and trumps bar & restaurant at the 18th hole is a relaxed venue for drinks and meals.

white horses spa has a wet-room area with a sauna, steam room and deep -soaking whirlpool, which are free for guests to use. Treatments are available at an additional cost.