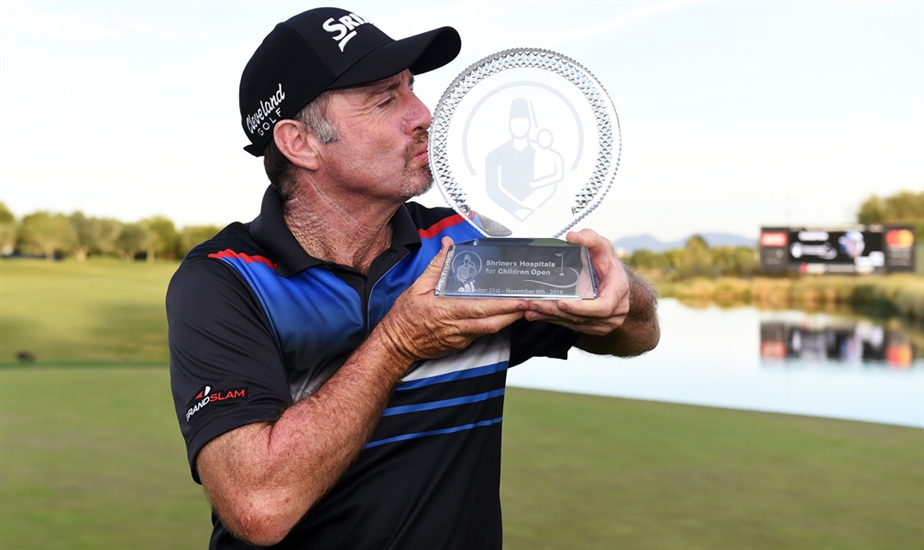 Australian Rod Pampling ended a decade-long drought on the PGA Tour when he won the Shriners Hospitals for Children Open by two strokes from American Brooks Koepka in Las Vegas on Monday (AEDT).

The seasoned 47-year- old made a hat-trick of birdies from the 13th hole on his way to a six-under-par 65 at TPC Summerlin in the Nevada desert.

He stamped his third PGA Tour victory by sinking a 30-foot birdie at the last to clinch his first tour win since the 2006 Arnold Palmer Invitational.

“Winning Arnold Palmer’s event is still on top (of career highlights) but coming back from what we have the last few years to get a win, it’s phenomenal, amazing,” Pampling said in a greenside interview, before thanking his family for supporting him through a series of lean years.

“To win this magnificent event, it’s fantastic, a great feeling.”

Pampling, ranked 451st in the world, is the oldest winner on tour since Davis Love III won in Greensboro in August 2015.